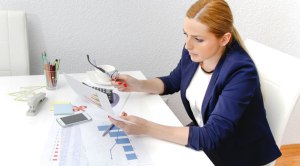 Have you ever made any investment decisions that you’ve lived to regret? Unless your last name is Buffet or Graham (and even so, I still have my doubts), you’ve probably purchased at least a few investments that still cause you to stare into space while ruminating on how much money you lost. Moreover, unless you are content to live with GIC investments that currently pay less than the cost of inflation net of tax or have mastered the art of seeing into the future, there is a pretty good chance that you’ll have additional mistakes to lament over in the years ahead.

While I believe that the reality that some of your investments will lose you money is just part of the cost of doing business if you are an investor, there are at least some steps you can take when doing your tax planning in order to get some of that money back. The next few paragraphs will talk about precisely that and, hopefully, by the time you reach the end, you’ll be able to get a few more dollars flowing your way at tax time and are better able emotionally to move on to that next big investment choice.

When you finally give up the ghost and sell off your share of the Next Big Thing Inc. that you purchased for $4 a share for $.80, you will very likely be able to get some of your money back from our compassionate friends at the CRA. That is because 50% of the total loss (50% of $3.20 to use my example, or $1.60) now becomes a taxable capital loss that you can apply against the taxable portion (again 50% of the total gain) of the capital gains you get when you get it right.  Put another way, although the CRA may not be actually giving you back any of your capital losses, they will at least allow you to keep more of your gains tax-free in compensation.

Even better, they allow you to go back in time up to 3 years after you trigger your losses (i.e. sell your dog investments) if you’re willing to refile your tax returns for those years so that you can use these losses to offset the gains you reported and paid tax on during that time.  Although you first have to apply your losses for the year in which they were realized if you have any gains to report, you can choose which of the three previous years in which to claim them, which can be a huge benefit.

Don’t have any capital gains to nullify in this year or 3 years back into antiquity? In that case, you can carry forward these unused capital losses indefinitely until that happy time when you incur a capital gain you can brag about to your family and friends.  Moreover, if that day never comes, you can at least go to your final resting place knowing that you probably won’t have to take this unused capital loss with you: for the year of your death or for the year prior to it, the taxable 50% of your capital losses can be deducted against other sources of income rather than just against capital gains.

Before proceeding, here are a couple quick strategies to help you get the most out of your losses:

Although many of us categorize December and perhaps late November as the time to get ready for and celebrate the holidays, sadly, tax planners often refer to it by a different name: tax loss season. This is because now is the time that investors with significant realized capital gains for that year often take a close look at the rest of their portfolio to see if they want to sell any of their less-than-stellar other investments in order to offset some of these impending gains to reduce their impending tax pain. In fact, even for investors without a big gain that year might be tempted to sell their losers to get back some their taxes from gains reported in any of the three years prior, especially if this is their final shot to get some money back from a big gain realized three years previously.

In many cases, however, the investors may face a tough choice, as they may be reluctant to pull the pin on some of their underperforming investments in the belief that their time to shine is yet to come. The savvy among you might ask why don’t they just sell then immediately purchase them back.  That is because of something called the “superficial loss rules.” Boiled down to the basics, this means that if you (or your spouse) repurchase the same investment within 30 days after selling, whether in the same account, your TFSA, RRSP, RRIF, company, trust, etc., you won’t be able to claim that loss. Instead, the repurchased stock will be deemed to have been acquired for what you originally paid for the stock you sold, plus any transaction costs you incurred during your repurchase.

Fortunately, despite the wide reach of the superficial loss rules, all is not, well . . . lost. Here are a few ways of hopefully having your cake and eating, too:

Finally, there is one huge silver lining that the superficial loss rules provide for married investors: sometimes triggering the application of these rules can actually work in your favour! Imagine this scenario. A high income spouse is facing a truly scary capital gains bill that coming April while at the same time her loving husband has a huge unrealized capital loss as a result of following a stock tip he picked up while drinking scotch and playing poker a few years earlier. Although it is not usually possible for spouses to share capital losses, the superficial loss rules provides a sneaky (but perfectly legal) way to do just that.

In order to get the desired result, our unfortunate husband would need to sell that stock and his capital loss seeking wife would need to buy the same one within 30 days. If she then waits 31 days to sell after her purchase, then she would be the proud owner of a capital loss equal to the value at the time of her husband’s purchase plus any transaction costs related to the selling and repurchase minus what the stock was worth at the time she finally parted ways with this investment. Since only 50% of any capital loss is actually deductible against gains (just like only 50% of any gain is included in income), she can write off half of this total loss against her gains from that tax year, and can carry back any excess losses to either of the 3 previous tax years or carry it forward indefinitely to use in the future as described previously.

Although tax loss selling (and capital loss planning in general) should probably not be the entire focus of your attention as Christmas lights twinkle and families prepare for the holiday season, it is probably worth at least a few moments of your time. Although none of us love to relive investment follies from the past, we can at least do what we can to maximize their tax benefits going forward. The money you save can make next year’s holidays all the brighter. Hopefully using the principle above and getting a little tax help, too, will let you do just that.

From: Investments, Legal, Tax
← Disaster on the Back of a Napkin
Tax Planning Webinar Saturday! →
No comments yet