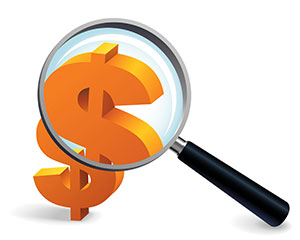 Tax Planning – Share Income with Your Family, Not Ottawa – December 4, 2012

Many people seem to consider their tax situation for a few painful hours each year when completing their tax returns or passing off the paperwork to their accountants.

Although your number cruncher may be a miracle worker and your software program top notch, they can only work with the cards they are dealt. In many cases, to truly maximize savings, you may need to plan many years in advance so that you can hand your accountant a royal flush rather than a pair of 4’s and winning smile.

I’ll talk about some of the ways of legally reducing your contribution to the folks in Ottawa in later articles but for now, I’ll just focus on income splitting. What is this you might ask? I define this as legally arranging your family’s affairs so that more income is taxed in the hands of family members who won’t have to pay as much tax on the cash.

Expanding on this concept, income splitting works because our tax system is ‘progressive.’ Unfortunately, this does not mean enlightened or possessed of new age wisdom. It simply means that instead of paying a flat tax rate, regardless of how much you earn, tax payers pay a higher rate on any income they receive above set thresholds, although any amounts below that amount are still taxed at lower rates.

Although income splitting between spouses is probably most common, don’t forget about the kids! Since all taxpayers, regardless of age, can earn about $10,400 tax-free, the real savings might come by transferring income a wealthy mom or a loaded dad to a deadbeat child. In B.C. the highest tax rate is currently 43.7%, which applies if you make more than around $135,000. Let’s assume Bob is a single dad with 18 year-old twins, Paul and Art. If Paul would have otherwise earned $155,000 but was allowed to transfer $10,000 to each of his boys instead, the family would save $8,740 in taxes if he didn’t have to pay tax on the whole amount himself – enough to pay music school tuition for both of the lads.

Although there are a few exceptions, most income splitting needs to be done before the high income earner receives the money. In other words, by the time you hand your receipts to your accountant, the income-splitting ship has probably already set sail for that year. On the other hand, that same instant may be the perfect moment to start taking steps to minimize your tax bill for the next year, 20 years from now or even at your death.

Unfortunately, our friends in Ottawa have put a few rules in place to restrict income-splitting in certain cases, particularly with spouses and minor children. Rather than dwell on the negatives, I’d rather talk about some of the avenues still open to tax-savvy citizens. Here are a few of the many strategies that Canadians employ every day to hang onto more of their money:

These are just a few of the potential opportunities available. Contact me if you want to see if any of these or other opportunities apply to your situation.