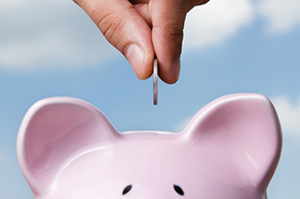 I’ve already expanded on some of the other reasons people might want to set up trust for their heirs rather than providing them money or other assets directly in my June newsletter.  Sometimes, the tax savings may be the only reason for leaving things in trust.  I’ll spend the rest of this article spelling out some of the tax benefits this can provide and will do my best to avoid legalese whereever possible and to make this more enjoyable reading than an instruction manual.

One of the favourite terms in tax planning is called “income-splitting.”  This refers to ways of legally having income that would otherwise be taxed in one person’s hands at a higher rate taxed on another tax return at a lower rate.  The savings can be huge.  If $10,000 can be removed from one tax return where it could be taxed at up to 43.7% (B.C.’s highest tax rate) and taxed on another return at 20.06% (B.C. lowest tax rate), then we’re already looking at savings of over $2,300.  The results can be even better!  If the person receiving the income has enough unused tax credits, it might even be possible to turn a potential $4,370 tax bill into a tax liability of . . . $0.  Even more exciting, for people receiving dividends from Canadian publically traded companies, income-splitting can theoretically be the difference between paying taxes on the dividends or getting money back from the government on the same dividend income.

Now that you hopefully can see how income-splitting is good thing, I’ll try to explain how Trust Wills and Life Insurance Trusts can allow you to income-split from beyond the grave.   Most of these savings apply on any income earned after an inheritance has been received, then reinvested.  As this seems like a good place to use a list, I’ll outline how trusts are taxed and how they can be used for income-splitting:

Anyway, to wrap things up, the key points are that trust can save your heirs a bunch of money and most importantly, can be useful regardless of your heirs’ tax brackets.  There is a big jump in tax rates between the lowest and second lowest tax brackets, so trusts for heirs who aren’t making big money can still make a big difference, especially if the trust can protect government benefits during retirement.  If you are interested in learning more about trusts and possibly using them to both protect your heirs and make their inheritance go further, give me a shout!

From: Insurance, Investments, Legal, Tax
← How To Leave Your Heirs a Tax Shelter And Other Benefits Rather Than Just An Inheritance
Law Corporations and Taxes →
No comments yet